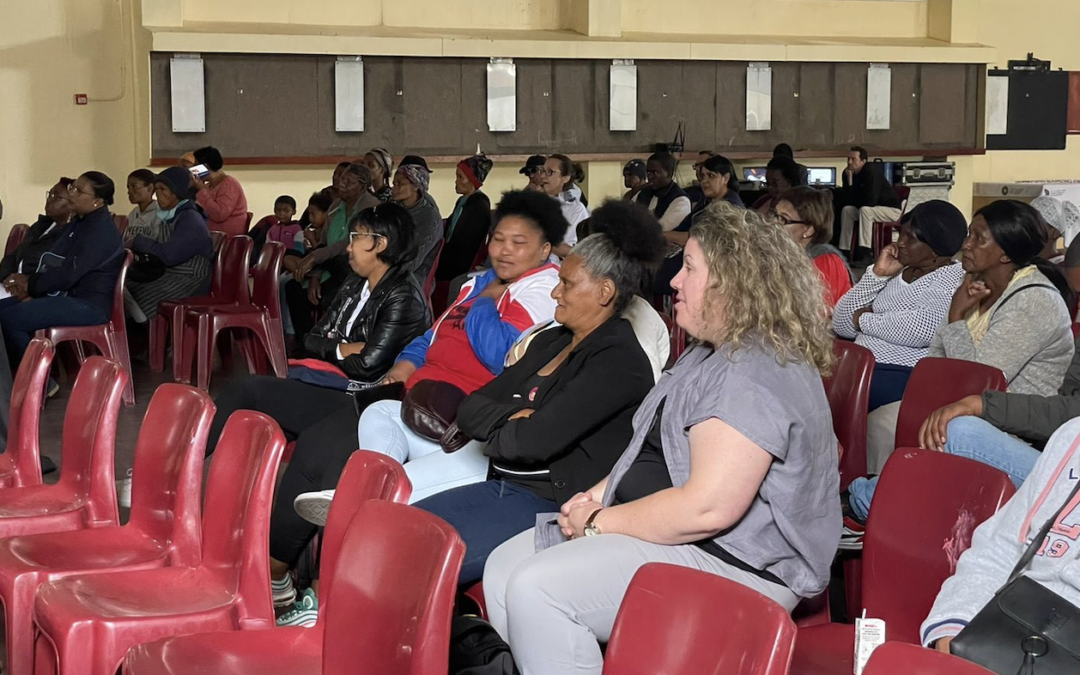 #16DaysofActivism has come and gone, but our efforts in Facing GBV and making a change have only just started! In case you missed it, Street Talk TV has teamed up with The Canada Fund for Local Initiatives (CFLI) to create a 6-part series on gender-based violence in South Africa. You can catch up on all the latest films by clicking here.

In true Street Talk TV fashion, producing powerful films isn’t where our story ends in combatting GBV. A large part of our CFLI project has been focused on GBV in rural communities, as such, it was only fitting to make this 16 Days of Activism count with a facilitated screening in one of the featured groups’ towns.

On Friday, 2 December, Street Talk TV brought their mission to the community of Sir Lowry’s Pass Village. Our goal for the event was to create a space where GBV could be acknowledged and heard in an innovative way without shame and in complete safety. With 1 in 36 GBV cases being reported, we knew how essential it was to create discussions around breaking the silence and putting an end to the abuse.

During the event, we were able to screen our documentaries followed by a facilitated conversation thanks to our friends over at STEPS. This workshop became the catalyst for valuable and moving discussion between both the women who participated in the films as well as others from the community. We heard first-hand experiences of those who have suffered from abuse and from those who are crying out for help for their children’s safety. One message was loud and clear: do not turn a blind eye.

It was a day full of emotions, power, and incredible women. We are proud and thankful to all those who shared the stories with us and opened up about their truths. As one of our male attendees put it, “it’s time for men to step up” and we couldn’t agree more.

Want a behind-the-scenes look at what went down? Watch the video below for an incredibly eye-opening story. However, a trigger warning is needed as the abuse in the clip is detailed.

A special thank you goes to the representatives from the South African Police Force, STEPS, Western Cape Department Health Services and others, who provided essential information about existing and new support structures and legislation on a local, provincial and national level. Another thank you goes to the local groups as well as the emerging organisations who are doing their best to provide help in Sir Lowry’s Pass with limited resources.

Of course, a very special thank you goes to The High Commission for Canada in South Africa and to Amy Galligan, who attended the event. Without your support, we wouldn’t be able to make a difference in communities that need it the most.

On the koppies around Nelspoort lies history written in rock – with an ancient soundtrack. ...https://www.dailymaverick.co.za/article/2023-01-31-gong-rock-songs-in-the-stone-hills-of-the-great-karoo/?utm_term=Autofeed&utm_medium=Social&utm_source=Twitter#Echobox=1675189888