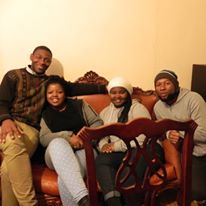 “I have never voted, I see no reason in voting. For me, voting it’s as if I unconsciously take away my own power and give it to some man or some woman to abuse it.”

Four individuals discuss political division, frustration with government corruption and the importance of finding your voice without casting a vote. They reveal that they feel neither the younger nor the elder generation is reflected in South Africa’s current political landscape.