Tik, The Devil Within: 3 years Later 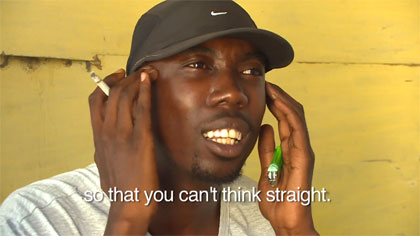 “I did many things, some I cannot mention. I was the devil himself…in human flesh”
“Smoke, I do smoke. I can’t live without Tik, I can’t. I can try, but I can’t”

Crystal, chalk, meth, ice; originally given to suicide bombers during World War II, methamphetamine – commonly known as tik on the Cape Flats – has literally created hell on earth. Three years ago, we filmed a group of men from Delft, Cape Town. All heavily addicted to the drug, they described horror stories of how far they went in order to score their next hit. Today, Ashley, Martin, Mkhulu and Guston are changed men. Half still smoke tik, believing the drug helps them master their demons, while the other half use alcohol as a substitute.