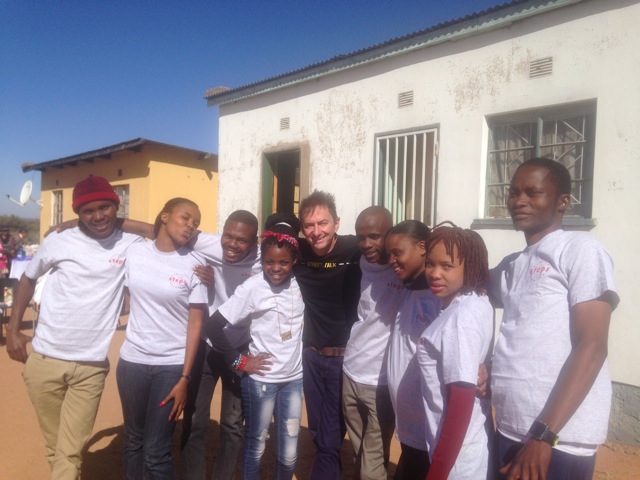 This past June, in collaboration with our partners STEPS, we travelled to our neighbouring country Botswana. There we met with 3 amazing groups who graced us with lively conversation and little doubt as to just how passionate, brave and inspiring the people of Botswana are. Here’s what they had to say.

“In Botswana being gay is not a criminal offense, but the sexual practice is criminalised….but it’s not gay people who want their lives to be out in the open, it’s the law yanking their lives from the privacy of their home into the public platform because now the personal has become political”

We teamed up with Legabibo, Botswana’s primary LGBTI rights organization and filmed an impactful conversation on the current stance of Gay rights in Botswana. They also disclose their own personal experiences of being gay in a society that has not only rejected homosexuality, but that has also criminalised it.

“I don’t think the issue of leaving our parents dreams is unique to the gay community, I think its generally a problem….but its gets more problematic within gay communities”

In part two, the group talk about just how complicated family dynamics can become when disclosing your sexual orientation. They also delve into issues of identity: asking, Does being gay make you a second rate citizen? They conclude that sexual orientation is but one aspect in an entire spectrum that make up the individual.

“I don’t think we’ll find work for the next five years unless we turn into entrepreneurs, otherwise we’re going to be unemployed for a very long time”

Members of the Grow Responsible Citizens Mentors initiative (GRC Mentors) and the NPO, Centre for Youth of Hope (CEYOHO), express their concern about the lack of opportunity in the current job market in Botswana.  A lively conversation on saving, budgeting and the economics of dating.

In Part 2, the group talk about Passion Killings; a distressing development in Botswana where women are murdered at the hands of their partners. They also compare notes on sex education – agreeing that an ounce of prevention is worth a pound of cure but often reality proves it easier said than done.

Its not really a choice, to be gay. It’s you expressing your inner self, your feelings in every way and not being limited”

In this episode, members of the LGBTI society, Ub-Legabi address the initial difficulty of accepting themselves and being themselves in a society that fundamentally rejects them. They talk about the importance of self-acceptance in the face of pressures to conform to traditional standards.  An inspiring talk on the importance of staying true to who you are.