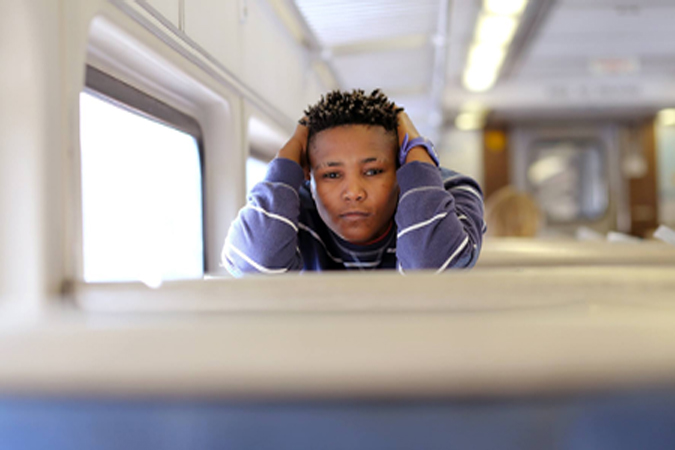 At Street Talk, we’re all about people; what they have to say, the inspiring things they do, their hopes and dreams. We have been fortunate to have a slew of amazing team members – not only from all around South Africa but abroad as well.

Banele Poni joins Street Talk as a research intern. In 2012, he became involved in documentary filmmaking via the Equal Education platform, where he received training and embarked on making his first short film ‘Sizwe’s Journey’ – exploring the challenges around sanitation in schools and communities in Khayelitsha. In 2014, he started an internship with Equal Education becoming a Community leader and activist. Banele is passionate about making films and dreams of being a key player in the South African Film Industry.

Siyabonga Ndlanga is our newest editing intern, rooted in performing arts; Siyabonga is a fervent character passionate about telling real life stories. His drive for film emanated from an experience while he was in Grade 11, where he had the opportunity to be a part of a documentary – and fell in love with the camera. His vision is to unleash the heart felt stories from all over Africa.

But we never forget our former team members – keeping tabs on their activities and achievements. Like former editing intern Lensa Bogale, who came all the way from Los Angeles, California to join Street Talk in 2014. Lensa is a graduate of The University of Southern California (USC) where she majored in broadcast journalism. She has also interned at Warner Brother Records in California. Today, she works as a videographer and editor at Population Media Center, an international non-profit organization working for social change via the medium of film. For more on Lensa’s work visit lensabogale.com

UCT graduate and former Deputy Editor of Varsity Newspaper (UCT), Katy Scott also joined us last year as a research intern. She currently works as an Online Staff Writer for The South African at Blue Sky Publications. For a sample of Katy’s work here: www.thesouthafrican.com

Tresor Ilunga Mukuna X completed a short internship as part of his studies at the Cape Peninsula University of Technology (CPUT), where he trained in Film & Video Technology. He has established his own film and video production company – T.I.M. Focus Film Production- and has released a music video LOVE IS by artist Julian Wenn. For more on Tresor, go to www.tresorilunga.com

Watch his LOVE IS video here

Thembela ‘Terra’ Dick, one of the original Street Talk team members, joined Street Talk in 2008. Starting off her film career as a researcher on the award winning documentary film Thembi (link to Thembi here). In 2013 she collaborated with French women’s soccer club Association Les Dégommeuses and produced Thokozani Football Club: Team Spirit – which has been screened at both local and international audiences. She has been extensively featured in the work of renowned photographers Julia Gunther and Zanele Muholi. Terra now works as a photographer and videographer for Inkanyiso, an LGBTI organisation focused on Visual Arts & Media Advocacy.

We are proud to have been a small part of these talented individuals’ professional journeys.