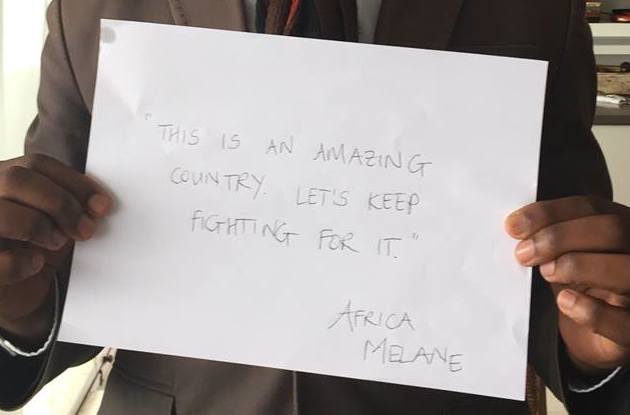 Not In Whose Name?

Because of the recent protests of the SABC’s new policies, censorship has been a topic of significant interest to many South Africans. But what can be classified as censorship is up to a variety of interpretations, and it is indeed a multifaceted subject. A Beginner’s Guide to Censorship, written by Julian Petley, covers the many different types of censorship present in both totalitarian and democratic nation states. Licensing is one example of a form of censorship that is disguised to the public. For example, if a film is not licensed by the government, or by a particular agency, it will not be shown in most major theaters and may not be widely available for purchase in stores. While this does not mean that the film in question is hidden to the public, it does mean that it is extremely difficult for the public to access the film. Another form of disguised censorship is the method of filtering by many search engines. While not necessarily ill-intentioned, search engines can cater results to an individual’s taste- but this excludes many results that may also be of interest, and also can show results that may omit important details of an incident.

One of the most common forms of censorship is that done by marketing moguls, or wealthy CEO’s, that own large media centers such as SABC. A marketing mogul’s bias may alter what stories a news outlet reports on, or may alter the interpretation of a story and draw dubious conclusions from the facts presented. In some cases, the facts may be grossly exaggerated, or altered completely, to fit a certain narrative. But perhaps the most dangerous form of censorship is one that is the most avoidable- self-censorship. People censor their news all the time by choosing to watch TV channels, and read newspapers, that cater to their own views and stances. Biased news stations are not only readily accessible, but are often well-funded by people of that particular political persuasion, allowing them to build up a solid base of financial support. People will often censor themselves in their own work as well, to avoid sensitive topics and drawing controversial conclusions. Indeed, there are many forms of censorship, and every country in the world is plagued by it- but we can start to eradicate the problem by starting with ourselves.

Censorship has once again become a hot topic in South Africa due to the latest South African Broadcasting Corporation controversy, in which the station’s Chief Operating Officer, Hlaudi Motsoeneng, imposed a ban on coverage of violent protests. The six most popular radio stations in South Africa are SABC stations, and SABC 1 and SABC 2 are the most popular television stations in the country. Therefore, this decision dramatically limits the public’s scope of news. Furthermore, it means that many citizens have limited access to information, as many people do not have access to other news outlets. Motsoeneng has been criticized for his close relationship to President Zuma, and many believe that the reason for increasing censorship measures at the SABC is to protect the ANC’s standing. However, the ANC has denounced SABC’s latest policy decision- an action that many people believe is a cover up. Journalists across the nation have protested the policy, using the hashtag #NotInOurName. The Independent Communications Authority of South Africa has also become involved in the debacle, ruling that the SABC’s latest stance on violent protest coverage is unconstitutional. Street Talk TV decided to cover the current proceedings by speaking with a variety of people in the journalism and media industry, to hear about their views on censorship, as well as to discuss how they believed the current political climate has contributed (or not contributed) to increased censorship.

Africa Melane, the host of radio show Cape Talk, stressed that the “majority of South Africans are very reliant on the SABC,” which gives the broadcasting station a large amount of responsibility to inform the public and to avoid censorship at all costs. A broadcasting station’s job is to “inform the people what’s going on behind closed doors,” in the words of Pearl Mtiba, a production manager at Cape Town TV. Thus, the fact that the ANC is suspected to have a great deal of influence over Chief Operating Officer Motsoeneng is troubling to many workers in the media sector. “Probably…he (Motsoeneng) is controlled by the ANC” Pearl told us, and Tony Weaver, a well-established South African reporter who has worked at various news outlets all over the globe, went on to exclaim that “what we’ve got here is total capture of the institution.” But those involved in the media industry who we spoke with were unsure of exactly why there was not more outrage among the public over the censorship present in the SABC. “There should be public pressure that you need to vacate the post” Sviwe Madoda, a member of the Right2Know Campaign, said of Motsoeneng. But Africa explained that many people in South Africa faced bigger problems than censorship, and thus could not afford to focus on protecting their right to freedom of speech. “They’re (the people of South Africa) worried about heating…they’re worried about what they’re going to be having for dinner…in some way(s) they are accepting whatever we (the media) are giving them” Africa explained. Furthermore, he said that “there is possibly a lack of appreciation for how fundamental a right it is (freedom of speech) and how we need to be fighting for it as much as we are for housing and sanitation.” Pearl chimed in that lack of education and abundant poverty made it difficult for people to even understand a term like censorship in the first place, let alone the consequences of it. “Simple terms like censorship need to be explained to them (people in rural areas and townships),” she explained. Indeed, the lack of intensive outrage over the SABC’s current policies of censorship may not be due to laziness, but rather ironically, due to lack of accessible information. Tony concluded the discussion by stating, “my dream is that we go back to what we fought for…a non-racial, democratic, South Africa.” Many people in South Africa share this sentiment, but in these skeptical and censored times, Tony’s dream, once a reality, seems nearly impossible to achieve.

A Beginner’s Guide to Censorship, written by Julian Petley