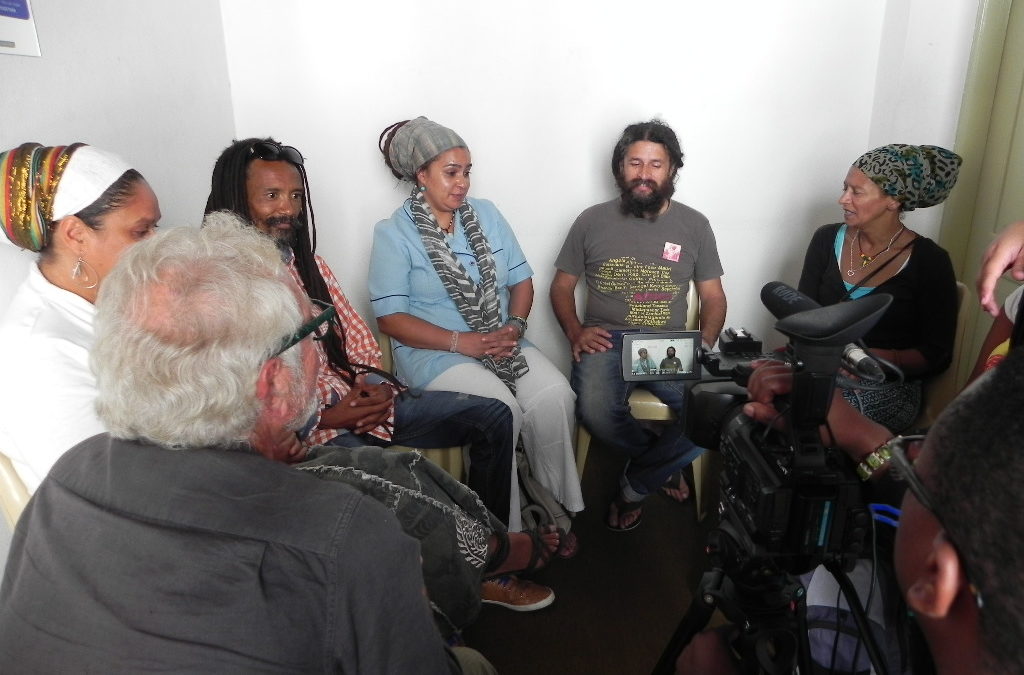 In the early 1900s, community leaders such as Marcus Garvey wanted to create black unity and a culture of respect for Africa, a continent that Garvey believed had wrongly been split up, both geographically and culturally, by European colonizers. He believed that a black Messiah would come. When Prince Ras Tafari Makonnen (Haile Selassie I) was crowned Emperor of Ethiopia in 1930, many blacks saw this as a sign of redemption for their race, and thus, the peaceful religion of Rastafari was born.

In South Africa, Rastas have a lively community. They invite “visitors from all walks of life” to participate in the annual Rastafarian Earth Festival, a festival that celebrates Rastafarian culture. The festival includes art exhibits, music, and a celebration of the end of slavery. One of the key rituals of the religion is smoking ganja, or marijuana. This is a controversial practice, which leads to prejudice against Rasta people. To find out the personal experiences of the Rasta community in South Africa, Street Talk TV decided to talk directly to a few adherents.

All of the Rastas we talked to had experienced judgment, even from public officials, at multiple points during their life, simply because they smoke ganja. “We’ve been portrayed as puffers- sitting on the porch and doing nothing” Charnelle Adams said, frustrated that many South Africans would make judgments about rituals before actually talking to Rastas and learning about their rich culture and religion. “(We are) proud of adopting traditional, simplistic ways” Ras Gareth Prince told us, and Sister Charlene further explained, “we smoke ganja as a spiritual, cultural thing.” Indeed, in the Rasta community, smoking ganja is a religious ritual- it is not done for purely recreational purposes. But Rastas do not only have to experience judgment from the occasional South African- they are judged by many, including police officers. Police officers have been “very closed minded” Bilgees Charles told us, and Ras Ramon Benjahman Adams claimed that “the police just want to use us as statistics on their records.” However, “a lot of us have finished up many degrees” Charles explained, and all of the Rastas agreed that there are many intellectuals in the community. The Rastas are victims of prejudice and negative stereotyping, simply due to one of the many traditions that are part of their religion.

Further Reading on the subject: