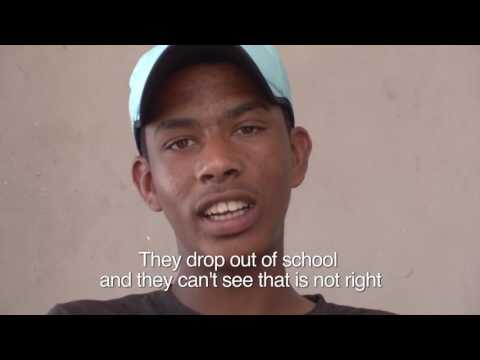 After the fall of the apartheid system, the first post-apartheid housing minister, Joe Slovo, followed suggestions from the World Bank that aimed to enhance the conditions of the townships. However, this plan backfired, and actually made the conditions of the townships worse- housing provided by the government in the early 2000s was “half as large and constructed with flimsier materials than during apartheid, was located even farther from jobs and community amenities, and had lower-grade state services, including rare rubbish collection, inhumane sanitation, dirt roads, and inadequate storm-water drainage.” Thus, the townships became places in which it was difficult for people to access work in the city, and areas that were dangerous to live in, due to disease, and a rise in community gangs. This is an immense problem, as more than 40% of urban populations in South Africa live in townships, according to a 2007 Training for Township Renewal Initiative report. Furthermore, the report states that “the perceived poor location of many townships at the periphery and their limited transport linkages to the cities is reportedly the worst aspect of spatial exclusion.” When residents do not have access to the city, where jobs are located, they sometimes use unlawful methods in order to gain income, such as joining a gang. This does not only impair the livelihood of residents of townships, but also hurts the country as the whole- South Africa is wasting potential economic contribution from the untapped 38% of the working age population that lives in townships. The World Bank recently suggested that South Africa should work on the following policy areas in order to better integrate residents of townships into the national economy: “improving national economic competitiveness, strengthening urban management, reversing the decline of the rural economy, (and) improving the investment climate in townships, including fighting crime, access to credit, property rights and improving public sector services.”

While there are a lack of job opportunities in the townships, there is also a deficiency of quality education in these areas, which is crucial for allowing people to obtain a well-paying job. “There is no money to study further” Denver Carolys told Street Talk TV, and went on to remark that he dreams of being a police officer. He has tried for many years to become one, but has not been able to meet his goal. Others we spoke with also had high aspirations- Luciawo Abrahams wants to become a doctor one day. But due to poor quality education, and lack of financial resources to attend a good school, many residents of townships are not able to achieve their ambitions. In addition, due to low income, Abrahams explained that “you must try to hustle for ways to survive.” He is a member of the gang 28, and made contradictory statements throughout the conversation, explaining the perils of joining a gang, and expressing a desire to stop gang violence, but also admitting that it was one of the best ways to survive in the Cape Flats. “They show the kids guns and teach them how to smuggle- it’s not right” he told us, exemplifying the point that the growth of gangs is a cycle linked to poverty, and linked through generations. In fact, within the townships, “young men just don’t take you seriously if you don’t belong to a gang” Carolys elaborated. Thus, there is immense economic and social pressure to join a gang if one lives in a township. The remarks of Abrahams and Carolys, however, demonstrate that there is also a desire in the community to change this system of survival.