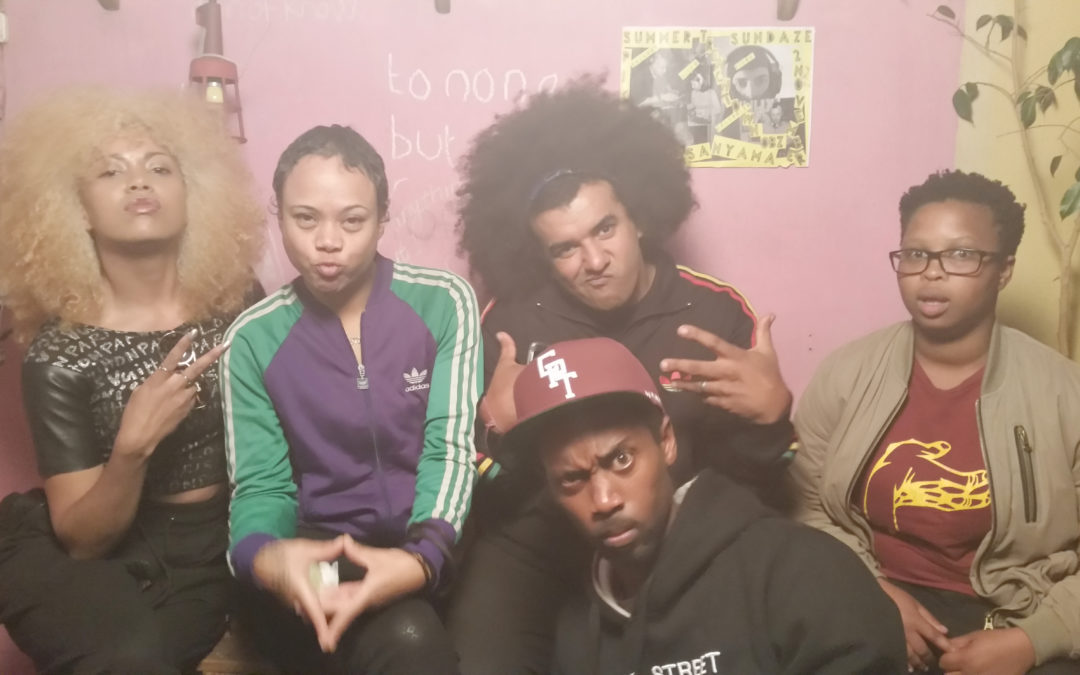 From Hair to Hip Hop – South Africans are Talking

At Street Talk, we believe in debate, enlightenment and the sharing of information – and what could be a better source than the everyday experience of so-called ‘ordinary folk’. We’ve once again invited South Africans from all walks of life to discuss what is of utmost importance to their daily lives. Keep reading for a small taste of what’s to come from the Street Talk team.

…And you don’t stop?

Hip Hop music originated in the 1970s, in the streets of The Bronx, New York; providing a much needed voice and platform for disenfranchised youth. Today, Hip Hop dons a new guise; devoid of its original ideals and corrupted by the capitalist society which it now speaks from. We asked South African Hip Hop artists, both seasoned and budding, to talk about what Hip Hop means in a South African context. Featuring Emile YX?, Metabolism, Sibanac, Miss Celaneous and Andy Mkosi.

Teenagers on the ultimate Taboo

Our society is saturated with sex; we’re downright obsessed. From the advertisements that we see, to the music we listen to, its always ever present and yet open discussion is practically forbidden or left to more ‘rebellious’ spaces. In Teenagers on the ultimate Taboo, teens from Gugs talk about their take on the subject.

My Hair. My Roots?

Few things can define, characterise and make a statement like hair. Far removed from the eye of the beholder, beauty standards seem to come in a predetermined, neatly packaged box that is neither challenged nor questioned. In our multi-racial society, there is yet another layer to consider: the politics of hair. In this episode, a group of South African women explore the diversity of hair as an identity marker. They ponder on whether hair is a reflection of who you are or simply a matter of personal style.

What Doesn’t Kill You…

The word cancer immediately brings to mind ideas of a painful death. But what of life? In What Doesn’t Kill You…a few courageous cancer survivors share their stories of broken marriages, fears, acceptance and triumph over this deadly disease. Proving that what does not kill you truly does make you stronger.

Everyday, Metrorail transports up to 2 million passengers – with ticket prices ranging from R7.00 – R9.00 for a single ride, one can only imagine the profits made, but why such poor service? Metrorail has become infamous with overcrowding, unsafe and possibly life threatening conditions. In this episode, the Public Transport Voice, a group campaigning for major improvement for all Metrorail passengers, discuss the poor conditions and their strategy on how to bring about change.

The more things change, as they say, the more they stay the same. Not for these older persons from Parkwood Estate. They reminisce on the ‘good’ bad old days and concur that despite the great oppression suffered during the Apartheid era, times were better. One of the most absurd conclusions but can it be justified?

Freedom from Violence: A possibility?

UNA-SA is a non-governmental organisation whose objective is to support the principles, goals and programmes of the United Nations (UN). Working in partnership with other organisations to promote peace and harmony, as well as economic, social and cultural progress in South Africa. We filmed members from the organisation as they spoke about their Freedom from Violence Project.

Albinism, a congenital disorder characterised by the complete or partial absence of pigment in the skin, hair and eyes. But much more than what the physical definition of the condition can relay is the lived experience; characterised by extreme discrimination and alienation. A group of people living with the condition of Albinism talk about how a simple lack of pigment has come to define their position in a racially obsessed society.