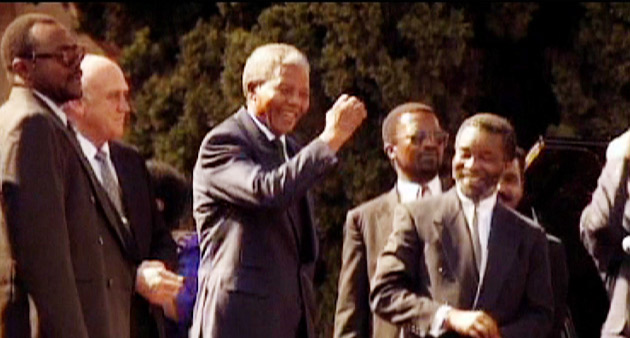 Mandela – Son of Africa Father of a Nation

Nominated for best documentary at the 1996 Oscar Awards.

Nelson Mandela was born in the remote South African village of Qunu; an excellent student, Mandela went on to become a lawyer and then a political activist with the African National Congress, a political party who sought to bring down South Africa’s Apartheid regime, in which the minority white population denied the most basic political and civil rights to the nation’s black citizens. Mandela’s vocal opposition of the South African government (and his refusal to repudiate violence as a response to the brutality inflicted upon blacks) resulted in his spending 27 years at hard labor in prison — and in time led to his release, the legitimization of the ANC, and his election as South Africa’s first black president. ‘Mandela’ is a documentary that traces Mandela’s story from his birth to his current status as a respected political leader, featuring interviews with Mandela and his contemporaries and newsreel footage that records the turbulent past of both Mandela and his nation.