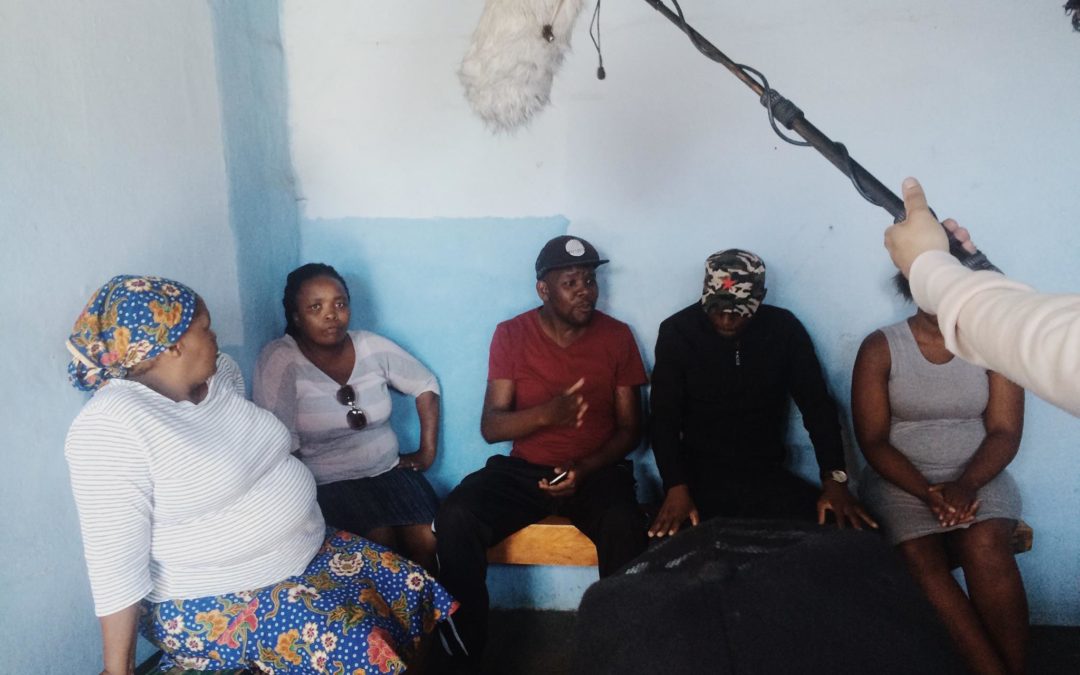 In the outskirts of Cape Town, residents of Langa township are faced with detrimental living environments. Faulty electrical wires hang from makeshift homes made of Coca Cola emblazoned tin sheets and flammable tarps. Multiple families share a single faulty toilet while runoff from wetland marshes containing trash and unwanted substances filter through the streets. The same streets where children run unsupervised and barefoot, playing with discarded bits of Styrofoam and kicking wads of plastic wrap through smoking traffic.

When the Street Talk team last visited Langa, we passed men and women dressed in contrasting outfits of faded and bold colours. They primarily stood motionless in doorways on every corner perhaps rendered immobile by the stagnancy of their living conditions.

This is not a new reality. In fact, such dilapidated and haphazard homes have plagued Cape Town land since the construction of townships during South Africa’s apartheid adoption in 1948.  Ringing a “white-only” city center, townships were erected skilfully to pen black and coloured workers in distinct regions surrounded by highways and railways to dishearten the masses into a submissive chronic poverty.

Despite the abolishment of apartheid in 1994, relatively nothing has changed for the communities except a recent surge of outrage from township inhabitants, a few failed housing developments and many unkept promises.

In this episode, we revisit the topic of Langa Housing and hear from new voices and opinions in the community.