Hands Off Our Grant March 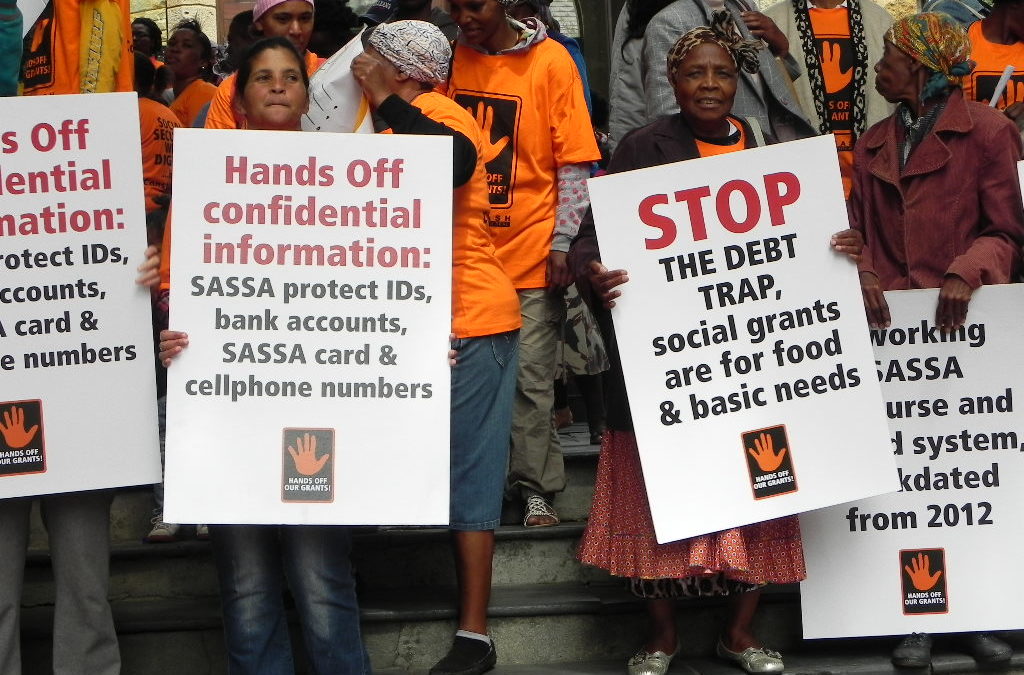 On the 15 of October hundreds of gogos and young women joined hands in a protest in front of St. George’s Cathedral.

The march was organised by Black Sash and Right To Know.

They were challenging the unlawful,fraudulent and immoral business practices facilitated by the current outsourced SASSA/CPS contract for the payments of social grant.

Saying they refused to remain silent about the hardship and struggles of poor and vulnerable people affected by these unauthorised and often fraudulent deductions. As a result beneficiaries experience food shortages and are unable to take their medicines. Many, particularly in rural communities,struggle to find recourse,spending extra money on transport and airtime, often with little success.

A group of the seven protesters gave vent to their anger and determination to stop this practice in a lively and moving conversation filmed after the demo.