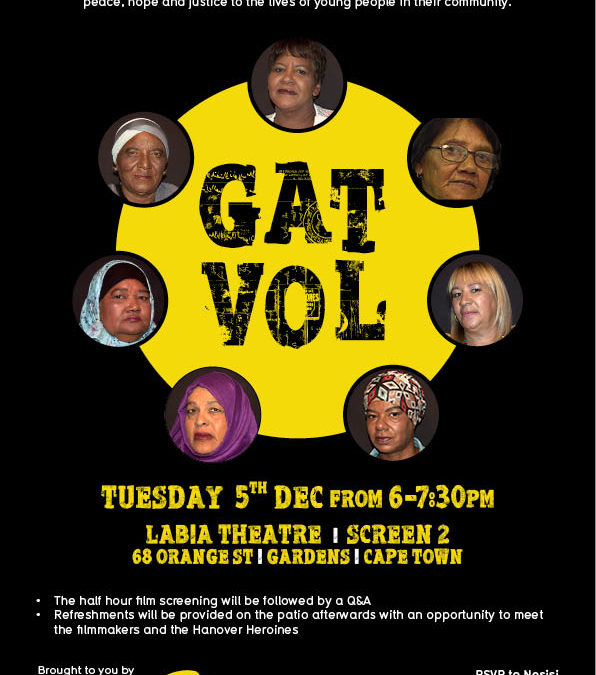 In the past few months, 35 people were murdered in in Cape Town’s Hanover Park. Most victims were youth, some caught in crossfire between rival gangs the Americans, the Laughing Boys and Mongrels.

In October, Police Minister Fikile Mbalula announced that he had requested the SA National Defence Force (SANDF) to be deployed in the Western Cape and Gauteng to help crack down on violent crimes.

But for the distraught mothers of victims, this is not enough – they are ‘Gatvol’ and want a lasting solution to the gang violence that is destroying their community.

StreetTalk’s short documentary, Gatvol, lifts the lid on mothers suffering the consequences of the escalating gang warfare. Seven courageous women share the stories of how their children were shot or stabbed by gangsters – and how inept police investigations, cover-ups and corruption, plus an unwillingness of fearful witnesses to speak out, are obstacles to bringing culprits to book.

Against all odds, the Hanover Heroines are working to bring peace, hope and justice to the lives of young people in their community.

This half hour film screening will be followed by a Q&A, refreshments and an opportunity to meet the filmmakers and the Hanover Heroines.

This is by invitation only, if you would like to attend please contact Nosisi via email [email protected] or phone 021 4248184