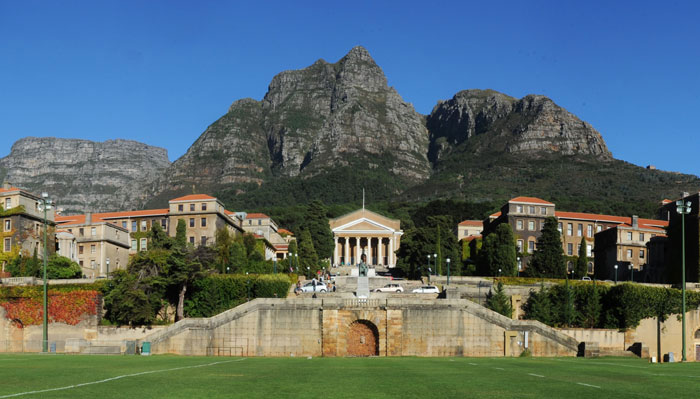 This past February, the Department of Higher Education and Training expressed that it was “deeply concerned by reports of continuing student unrest at six universities,” according to University World News. While the Department mentioned multiple alarming incidents at a variety of universities, University World News reported that “it was the University of Cape Town that seemed to get the worst of student fury.” The #RhodesMustFall movement, dedicated to taking down the Rhodes Memorial, a noted tourist attraction at the University of Cape Town campus, has gained a large following at the university. Other protests have been brewing around campus, and one that also gained attention was the Shackville movement, which aimed to call attention to the fact that there were “accommodation shortages in residences (at the University of Cape Town), which they (the protestors) said did not affect white students,” according to the Sowetan. Tension reached an all time high when supporters of these protests laid charges against vice chancellor and principal of the university, Max Price. On the administrative side, Price reported that the university was “obtaining a court order that would prevent students from engaging in violent protests,” according to the Mail & Guardian. To hear the student perspective on the commotion on campus, Street Talk TV spoke with a group who offered their opinions.

Students exclaimed that the lack of housing available at the University of Cape Town was an issue that urgently needed to be addressed. “The university overbooks students by 40%” Nabil Ali, told us. This is a pressing problem, as finding housing should not consistently detract students from their studies. Due to the urgency of this problem, students have taken to protesting to ensure that their concerns cannot be ignored. “Protest is meant to be seen…it is meant to disrupt something” explained Bani Mantendela. She went on to list her demands for the university: to “decolonize, bring back the students who have been expelled, and allow students to protest.” These points have clearly resonated with many students. Mira Breel, a white student, said that “the university should ignore white voices and white funders.” She explained that the voices of black students needed to be heard and brought to the surface of more conversations- white voices had been at the forefront of conversations for too long. “They (University of Cape Town administrators) are archiving it (student protests) so they look like a progressive institution” Mantendela said, calling attention to the idea that UCT may appear to be more forward-thinking than it actually is. While the semester has now concluded for break, the community eagerly awaits the next year to begin to see if changes have been made on campus.

While our politicians fight over fraud and how they can hide their funds, these are the REAL ...stories of people #livinginsouthafrica. Come on #Mzansi, our children deserve better. We deserve better #endgenderbasedviolence

Shout out to our friends at Steps for the Future for helping us bring this event with @CanHCZA ...together 🙏 POWERFUL discussions being had around #genderbasedviolence in #SouthAfrica