Children of the street 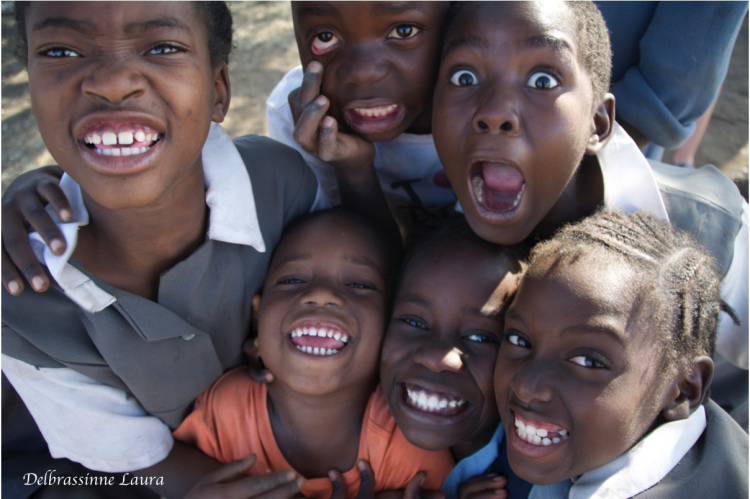 We meet them every day, but we do not pay special attention. They are for the most part very young, looking a little haggard, the look lost in the void. Often they run after us for a piece or a coca-cola. We think that this is normal, that they are children of the street and so much the worse for that. We hear some people say that “in any case, we can not save the whole earth” and “that it is a very sad situation”.
We do not worry especially for them because they know the street. They know how to get by.
They are mostly between 10 and 15 years old, but some are barely 4 or 5 years old. They have no family, no house, and scarcely enough food. They live alone, sometimes in a band, knowing very well that their father or mother is no longer there to woo them.

Theirs education? They get it themselves, over time, despite the risks. They know that at least the street speaks to them and listens to them. Traumatises, theirs only way out is to trust God. Only God has a lot of work and does not seem to pay much attention to those many children who run the streets in South Africa. The majority of them are orphans because of a devastating disease: AIDS, which today affects more than 30% of the South African national population.
The number of people with this disease is increasing every day and as a result, the number of orphans is also growing. Most of the time, the rest of the family can’t afford to continue to care and protect these children. They find themselves therefore books to themselves, with in their hands a future more than uncertain.
But what we see in their eyes when we meet their gaze is only a small glimpse of the suffering they suffer every day because of this sad reality. These orphans have considerable problems with their situation. The malnutrition they face is causing terrible delays in both physical and psychological growth.
These children suffer terrible trauma because they are often excluded from the community and even from health centers. Sex education in school is so weak that some still think that if only one person is sick of AIDS in a family, then everyone is contaminated. An absurd and totally false idea.

In addition, it is estimated that today, 29% of orphaned children have economic accreditation to survive. In the worst case, some prostitute at just 15 years for less than 7 dollars. These children have unprotected sex about 3 or 4 times a day.

This terrible situation is also a factor in the growth of AIDS in South Africa.

For these orphans, it is often easier to live on the streets rather than having to live in a host family or most of the time they receive neither attention nor affection.

And we know it very well, so that a child grows up and flourishes, he needs all possible love and a daily listening.

These orphans feel discriminated and different from other children because they do not have access to school. This has an enormous impact on their relations with the outside world. Faced with this extremely sensitive and catastrophic situation, these children react in different ways. One can see distress running through their extinct eyes, tired by a life already too difficult for such a young child.

They rarely talk about their situation. Fear, shame, deny … They think they are abnormal because they grow up alone. Some of them fall into alcohol, drugs, depression or aggression.

But if they are afraid to talk about it, it’s up to us to do it. It is up to us to sensitize the whole of South Africa so that in future years, the next generations do not know the same fate. If we talk about it, we will change things. It is still possible to improve the situation of these children. But to do this, we must first believe in it, stand up and fight together so that the street ceases to take charge of these thousands of little ones.

South Africa is growing every day a little more, leaving a whole generation of children in front of the firm doors of a stable and constructive future. It is urgent for the future of the country that things change, that the government should take responsibility for the education and protection of children. Every child who comes into the world must be able to enjoy the same opportunities as others.
It is not normal that thousands of children are running the streets in search of a better future.

To change the situation, immediate support is needed for families and local communities to ensure the health and safety of all these orphans. Provide these children with free basic education, giving them the opportunity to earn a living in a sustainable and safe way. There is a need for sex education in every school so that young people and adults understand the issues and especially the risks and dangers of AIDS. School is terribly important for every child. It should not be seen as a privilege, but as a common right for everyone.

South Africa has a wonderful new generation of children that it has to protect. For a better future, it is urgent that the country listen more attentively to the dreams and desires of each child so that they can in turn take care of their native land.

We tried to make a video report about the terrible situation of the orphan children but unfortunately they denied our request.