A Bite of the Big Apple 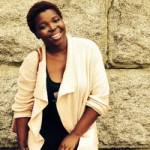 ‘Concrete jungle where dreams are made of

There’s nothin’ you can’t do

These streets will make you feel brand new

The lights will inspire you’ – Jay-Z – Empire State Of Mind

As we have shared in previous new items, Street Talk has received one of America’s most prestigious awards from the remarkable non-profit organisation, Shared Interest. I was honoured to attend the event, along with Street Talk Co-founder Jo Menell. Street Talk keeps blooming new dimensions, as we’re not only making it in South Africa but we making it big in New York. An amazing opportunity to travel to the only the city that never sleeps was mine and the whole experience felt like a dream that I am still unraveling.

New York is such a huge City, and for a week I found myself fully emerged in the tourist experience – all arranged by my amazing tour guide (Shared Interest Board member) Amelie Ratliff  – without whom my trip would not have been possible. Together we took the MTA Subway to an array of New York destinations including: New Jersey, Brooklyn Gardens, Brooklyn Museum, Grand Central Station, Central Park, The Statue of Liberty, The Empire State Building and Times Square – I was dizzy taking it all in. Even sampling the markets in China Town and Little Italy.

I attended the book launch of I Am Because You Are by Jacob Lief, cofounder and CEO of Ubuntu Education Fund. The launch was held at Madiba Harlem. In Brooklyn, I visited Girls for Gender Equity (GGE), an NGO doing amazing work with young girls in schools.

In New Jersey, I met American filmmaker, producer and screenwriter, Jonathan Demme, best known for directing The Silence of the Lambs – he also happened to direct one of my favourite films Beloved. A little star struck at first but it didn’t take long to see how authentic he is – Hollywood and all.

In Midtown Manhattan – At the Museum of Modern Art (MoMA), I saw an incredibly moving art exhibition by Jacob Lawrence called the Migration Series, which captures a significant event in American history – The Great Migration, the movement of 6 million African Americans out of the rural Southern United States to the urban Northeast, Midwest, and West.

The Shared Interest Gala Event was a real highlight. I felt privileged to rub shoulders with Phumzile Mlambo Ngcuka, Felicia Mabuza Suttle & Graca Machel. I was truly honoured to be amongst such strong and inspirational women.

A very special and heartfelt thank you to Donna Katzin, Amelie Ratliff, Jayna Sisbarro, and the entire Shared Interest team for making it all possible.

For the Street Talk team, this is just a touch of what’s to come.

I’ll let these snaps speak for themselves