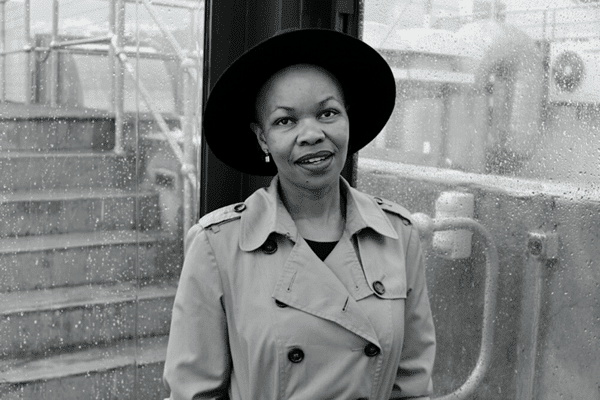 After Primrose’s Story aired on Wednesday night, the deputy speaker was so moved by it that he contacted Station Commander, Brigadier BM Stander, at the Milnerton Police Station to find out why the case of Gender-Based Violence presented in the film was never followed up on.  Primrose’s Story is a hard-hitting monologue and is the voice of many women in South Africa who suffer abuse in silence.  Our follow up episode called Breaking the silence will be aired next week when Primrose discusses how abuse goes unnoticed in our society and how men seem to get away with it.

“I’m feeling angry. I’m feeling like someone didn’t do their job. What happens to ordinary women who don’t have access to the resources [of getting their story aired on TV], to drive to police, to the funds needed to pay for the medical bills, and to the time needed to do all of this?” Primrose Mrwebi is an activist, poet, former chair of the board of Rape Crisis and freelance researcher at Street Talk TV.

🔉 Sound on for this one! And maybe put it a little louder for the ones in the back.

Quick q: where did you learn about sex?

Get to know the stars of tonight's episode 😎

They're doing the most for talking about sex in Zim... and bringing awareness to safe sex. You guys have us all 😍